After we viewed our letter k flash cards, it was time to explore the letter k.  We did a letter dig with using an alphabet sensory bin.  I filled the bin with water beads and foam letters (both purchased from Michaels).  I had Lil search for the letter ks and take them out as she found them.  We said the sound as we did this activity.  I was also a good review of the previously learned letters as she would pull them out and say their names as well. 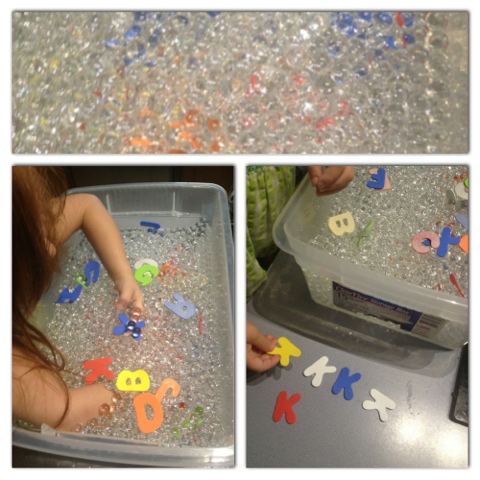 Writing practice:
Lil and O have a board that changes color in heat, so you use your fingers to write on it, since we are learning about the sense of touch I thought it was a great way to practice writing the letter k this week. 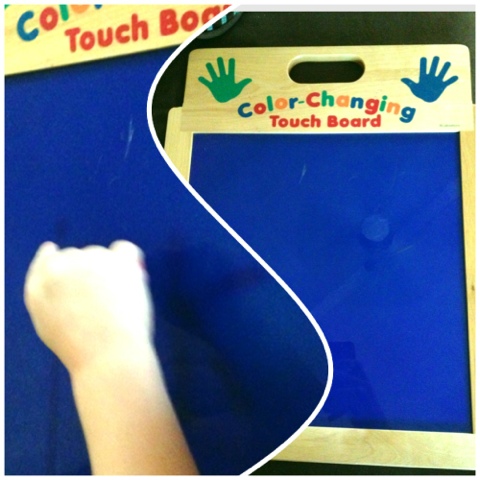 Craft:  We dressed up the letter k as a kicking kangaroo! 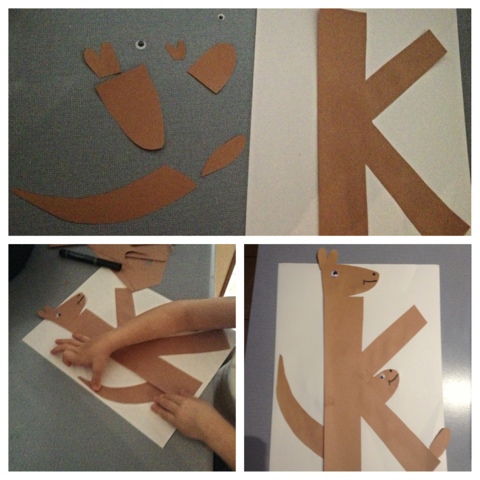 Cynthia(Nanny): To practice the letter Kk we sang " Who Let the Ks out" and discussed the sound and how it's the same as the letter c sound. Then, . We named the picture cards and the girls glued them onto their page for their ABC book. After that, I had them practice getting a little more familiar with the formation of Kk. (They are confusing it with Xx and Yy probably because of their diagonal lines.) We used dot stickers to trace the letters. I showed an example on my own paper and the girls did a great job completing their own. 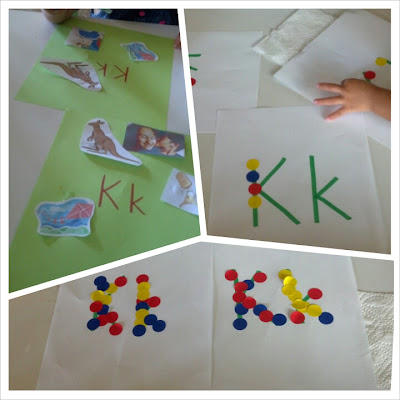 Email ThisBlogThis!Share to TwitterShare to FacebookShare to Pinterest
Labels: Letters

Learning With Little Ones